Engine Idling – How to Reduce Air Pollution & Save Your Fleet Money

Engine Idling – How to Reduce Air Pollution & Save Your Fleet Money

An engine that is left running while a vehicle is stationary (known as engine idling) impacts both the vehicle owner’s finances and the environment.

In this article, we’re going to examine some of the facts and figures around engine idling, how the law attempts to combat the problem, and what fleet managers can do to improve things.

A recent Transport for London (TfL) case study revealed that a haulage company with 40 lorries was wasting around £913 in fuel per driver every year due to engine idling.

It may not sound like a big deal, but multiplied across dozens or hundreds of trucks, it can cost businesses a small fortune every year in fleet expenses. The environmental cost is substantial too. In the US, it is estimated that vehicle idling generates approximately 30 million tons of CO2 each year.

What is engine idling?

Engine idling refers to keeping the engine running while the vehicle isn’t moving. In the context of this article, we’re not referring to letting the engine idle while sitting in heavy traffic or waiting for traffic signals to change.

We’re talking about the kind of engine idling that is unnecessary and sometimes down to mindlessness. For example, a delivery driver who lets their engine idle while unloading and delivering packages or a truck driver whose engine idles away while eating their lunch in the cab.

In other words, we’re looking at avoidable engine idling that occurs when an engine runs for more than a couple of minutes and the vehicle remains stationary.

Engine Idling – A small action, adding up to big problems

From a fleet management perspective, engine idling is a surefire way to ramp up fuel costs. To get an idea of how much it costs in business terms, consider that every minute of engine idling costs around £0.05 (at the time of writing).

Imagine a fleet with 200 vehicles out on the road at any given time. Let’s say that each vehicle averages 30 minutes of unnecessary engine idling time per day (a fairly conservative estimate). That adds up to 6000 minutes of idling time in total, costing £300. Over the course of a year, the total cost in this example would be almost £110,000.

Although the above example makes a few assumptions, it’s probably not too far off the actual figure. Also, it doesn’t factor in the cost incurred due to extra maintenance caused by unnecessary wear and tear.

The effects of engine idling are considerable. Air pollution is responsible for around 40,000 avoidable deaths each year in the UK, according to the Royal College of Physicians, and engine idling is a big contributor to the problem.

Engine idling also releases a host of other toxins into the atmosphere, including carbon monoxide, nitrogen dioxide, and various hydrocarbons. Internal combustion engine exhaust fumes have been linked to lung diseases such as COPD and asthma, with engine idling contributing significantly to these illnesses.

The Law Surrounding Engine Idling in the UK

The Highway Code is clear that engine idling is prohibited. Rule 123 addresses “The Driver and the Environment” and states that drivers are not allowed to leave their engine running unnecessarily when a vehicle is stationary or parked on a public highway or road.

As well as the Highway Code rule, official legislation exists in Regulation 98 of The Road Vehicles (Construction and Use) Regulations 1986, that declares unnecessary running of a stationary vehicle to be a punishable offence.

The potential punishment for ignoring the law regarding engine idling is a fixed penalty. Local authorities can fine drivers up to £20 for refusing to kill their engine when requested under Regulation 12 of The Road Traffic (Vehicle Emissions) (Fixed Penalty) (England) Regulations 2002.

Research from the Royal Automobile Club (RAC) found that 26% of fixed penalties issued for engine idling occurred outside schools, which prompted a campaign that encouraged schools to display “School Clean Air Zone” posters around the pick up zones.

If you manage a business fleet of vehicles, tackling engine idling should be high on your list of priorities, as it can save a substantial amount of money each year and it boosts your company’s environmental credentials.

There are three main ways that fleet managers can tackle engine idling:

Ignorance of the facts contributes to the problem of engine idling. Most drivers will be cooperative if they understand the financial and environmental costs involved. Therefore, a program of education can help.

Fleet managers can point out some of the statistics mentioned above and start a discussion about it during team meetings or send out a newsletter to highlight the scale of the problem.

If telematics are installed in the fleet vehicles that provide data on engine idling, this can be flagged up too and drivers that minimise idling time can be rewarded accordingly.

Fleet managers will be glad to hear that there are devices and systems that can be used to reduce the amount of engine idling, known as Idling Reduction Technology (IRT).

Most IRT devices are installed directly into the vehicles and help to reduce engine idling by powering vehicle features that would usually require a running engine to function. For example, an engine pre-heater can be used to make sure the engine is ready for use before the ignition is keyed.

Knowledge is power, or so the old saying goes. The best way for a fleet manager to get the knowledge they need to address the problem of engine idling is through data gathering. GPS tracking, combined with onboard telematics and specialist software, can help you to analyse engine idling times and fuel wastage for individual vehicles and across the entire fleet.

Tracking accurate fuel usage data and idling times can help you to create training programs and incentivisation schemes to reduce engine idling. For instance, you can make a ‘league table’ that identifies drivers that minimise their idling the most effectively and build in rewards to gamify engine idling prevention.

Fleet managers can help to address these issues by installing technology and software that tracks and records engine idling data.

To find out more about tracking software that can help to reduce engine idling, get in touch with one of our expert advisors today. 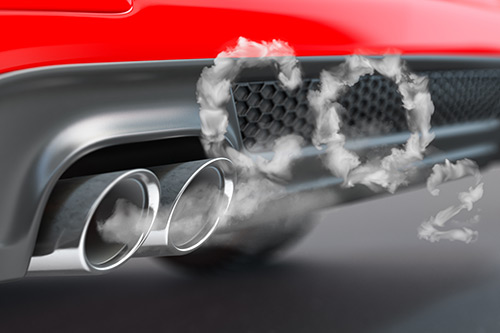