ScottishPower makes fuel go further and drivers safer than ever before

One of the UK’s leading energy suppliers, supplies over five million retail customers, one of the largest generators of renewable energy in the country.

ScottishPower is one of the UK’s leading energy companies, supplying over five million retail customers. The company put out a tender document for telematics. Improved driver performance and safety were ScottishPower’s most important objectives, along with demonstrable ROI and an avoidance of data overload.

Trakm8 equipped all 1,300 of ScottishPower’s HGV and LCV fleet with an in-cab driver feedback device which offers indications of driver performance through traffic light-style notifications. The product ran inactive in the vehicles for two months, in order to establish benchmarks. It went live in October 2016, following extensive communications with drivers. Drivers receive feedback on their individual score which considers acceleration, braking, cornering, over-revving and speeding. A dedicated account manager then presents ScottishPower with headline data on a monthly basis. The data is also reviewed once a month by ScottishPower’s Road Risk Management Forum which has representatives from all divisions. It decided to focus on speeding, so Trakm8 also provides a bespoke speeding report for each area of the business.

In its first year, ScottishPower achieved a 10% increase in mileage for the same amount of fuel and a 19% cut in idling. Instances of speeding have also declined by 13% since Trakm8’s solution was installed.

“We are getting 10% more mileage for the same amount of fuel. It’s hard to translate that directly into monetary savings because fuel prices fluctuate, but it is a substantial improvement nonetheless. Speeding events are dropping. There’s been a dramatic shift in speeding events on 70mph limits. Driver behaviour metrics overall are improving.” Marc Currie, Contacts Manager, ScottishPower 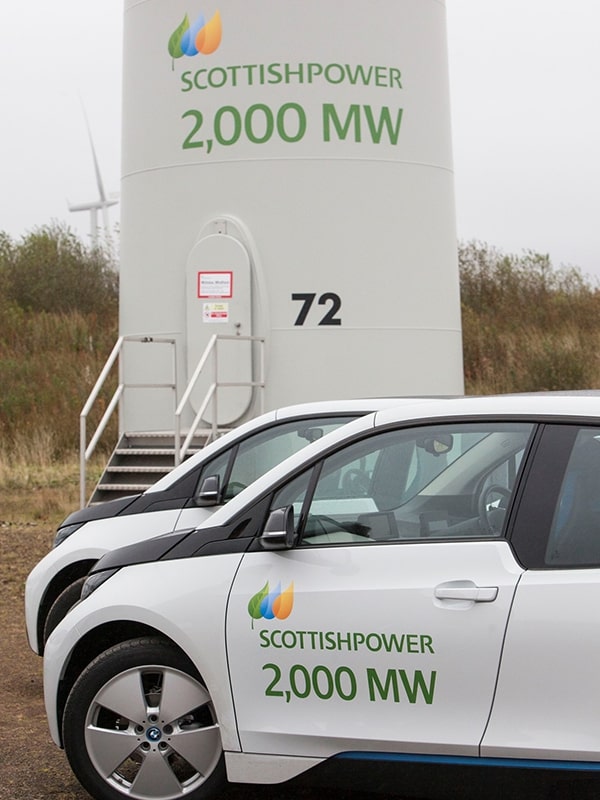