One in eight (13%) of drivers in the UK admit to falling asleep at the wheel, according to the latest research by the AA Charitable Trust.

The online poll of 20,561 drivers also found that 37% say they have been so exhausted that they were scared they would fall asleep while driving.

The research follows publication of Government road casualty statistics which show that drowsy drivers contributed to 53 fatal and 351 serious crashes in 2017.

The research has been launched as part of a nationwide campaign by the AA Trust and FIA Foundation to alert drivers to the dangers of drowsy driving.

Sir Edmund King, AA Charitable Trust director, said: “One quarter of fatal crashes are sleep-related, so drowsiness is one of the most under-estimated risks on the roads.

“Tiredness is a fact of life at some point for most of us and it is crucial we know how to manage it in relation to driving. Crashes involving a drowsy driver tend to be catastrophic. If a driver has fallen asleep at the wheel they do not brake before an impact and make no attempt to steer away from a collision.

“A driver who nods off for just three or four seconds on a motorway would have covered the length of a football pitch with closed eyes. A 30-second nap while travelling at 60mph covers half a mile; a terrifying thought.

“Simple measures can help alleviate the risks. Awareness of the problem is the first step, which is why we have launched this campaign and created an advert highlighting the dangers.”

The campaign will feature an advert designed to wake drivers up to the dangers of fatigue.

Technology such as vehicle cameras can also play a part in helping fleets mitigate the risk of drivers falling asleep at the wheel of a company vehicle.

Trakm8’s award-winning RH600 telematics camera can be fitted with two lenses – one facing the road ahead and one monitoring the driver. Thanks to advanced facial recognition algorithms, the RH600 telematics camera can detect when a driver’s head starts to nod, or their eyes are closed. An alarm sounds to warn the driver, while the 4G camera also sends an alert to the fleet or transport manager. This enables managers to better spot trends among drivers and helps them to intervene at an earlier stage to address risk.

Find out more about the RH600 telematics integrated camera here.

If you would like to find out more about our vehicle camera solutions, fill out the short form below and one of our team will be in touch. Alternatively, call us on 0330 311 5157 or email us at info@trakm8.com. 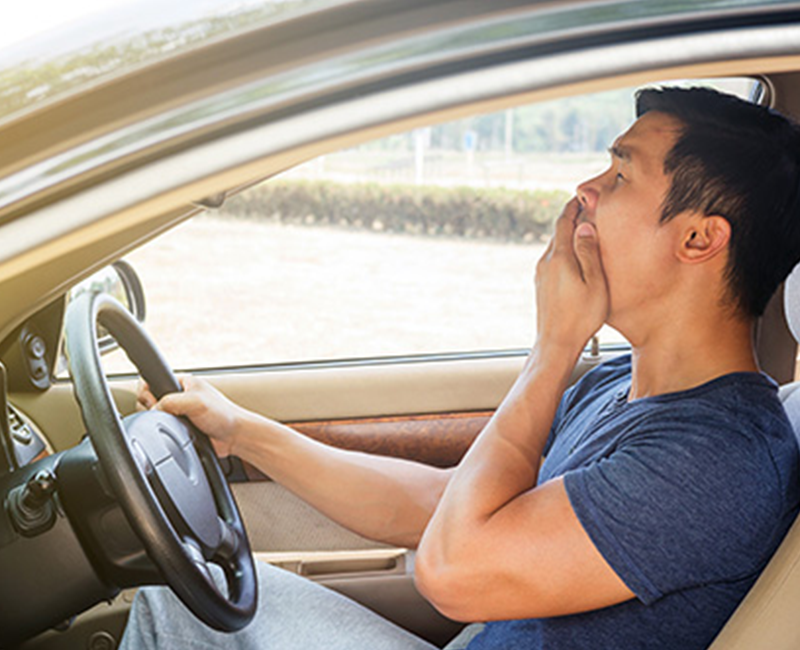