With large-scale fleets to oversee that deliver thousands of parcels each day, Truline understands that reliable end-to-end logistics is of paramount importance. By working closely with Trakm8, Truline has been able to implement a system that has positively impacted its bottom line by deploying efficiencies across the business.

Truline, in its current status, was formed at the end of 2014, as a result of a merger between two separate transport divisions within the EVO Group. With a workforce of 450 across 16 hubs nationwide, Truline operates a fleet of more than 330 of its own vehicles and delivers upwards of one million parcels per month. It goes without saying that when overseeing a fleet of this size, there is no room for inefficiency anywhere in the operation.

Due to the size and scope of the two pre-existing businesses, it was impossible to bring the newly unified fleet under one effective operational solution straight away. As a result, Truline’s fleet of vehicles were managed by two disparate legacy systems for three years; a scenario which presented its own unique set of challenges. Chief among these was trying to align the fleet with the different warehouses within Truline’s network.

Indeed, because of the incompatibility of the two systems, it was impossible for ‘cross-pollination’ or cross-ordering from warehouse-to-warehouse – a vital function in businesses with a network and fleet as substantial as Truline’s.

Acknowledging this, the operations team at Truline identified the need for a singular, cohesive transport system across its entire warehouse and vehicle portfolio. Having conducted a thorough audit of both of its legacy systems, Truline quickly identified that neither existing system was fit for purpose and began searching for a new approach that would encompass the optimisation and planning resources they were looking for.

This search soon led them to Trakm8 – the UK’s recognised leader in technology solutions for fleet management, optimisation and vehicle camera solutions – and its intuitive route optimisation solution, Trakm8 Optimisation.

Recognising the complex specifications of the project with Truline, Trakm8 worked closely with the business when it first came aboard in January 2018. Conducting an audit of Truline’s requirements, Trakm8 delivered a bespoke version of its Trakm8 Optimisation offering, to create a streamlined solution perfectly compatible with Truline’s unique needs.

Jonathan Rolfe, Managing Director at Truline, said: “Trakm8 went above and beyond the basic route planning systems we had previously used; the intuitive technology provision analyses the entirety of deliveries our large fleet has to make in any given day. With this information to hand, it then factors in any specific end-user requirements and matches them with the best assets and resources within our fleet.

“Delivering thousands of parcels each day, we are highly aware of the importance of rigorous process and performance checking in ensuring smooth operations and most importantly of all, satisfied end customers. To that end, the Trakm8 Optimisation solution has been designed to be seamlessly compatible with our fleet’s ePOD (electronic proof of delivery) programmes – providing complete end-to-end visibility of a delivery lifecycle.

“The warehouse will scan the parcel upon pick completion, then we use the system to plan each route. Once planned the new solution requires each  driver to manually scan their delivery prior to loading to their vehicle and then again upon job completion, with Trakm8’s system then automatically sending push notifications and the location – not to mention most ergonomic route – of their next job. Unlike other solutions, the ePODs are delivered in real time, giving all parties full awareness of the parcels as soon as they arrive at their hub.

“Ultimately, this innovation has further bolstered the integrity of our fleet, ensuring parcels are delivered on time and in the most cost and fuel-efficient means possible.”

With a loyal workforce and high rates of staff retention, Trakm8 was aware that adopting a new optimisation solution could prove challenging for the Truline team. With this in mind, Trakm8 worked closely alongside Truline in devising and implementing a training programme for all users of the service; training delivered by Truline as the system rolled-out across its 16 hubs nationwide, stretching from Livingston in Scotland all the way down to Plymouth, on the south coast of England.

Jonathan continued: “Although the system has only been in place just over 18 months, the benefits of adopting Trakm8 Optimisation are clear to see. Since incorporating the technology into our operations, the business has seen the total fleet capacity increase by 8% – without any increase in cost, either to us or to our end customers.

“In financial terms, that increase in capacity has enabled our own fleet to handle volume which would previously have been outsourced to third party suppliers. What’s more, our cost per parcel in 2019 has decreased by 5% year-on-year (compared to 2018); helping the business make further savings across operations.

“The impressive savings Trakm8 Optimisation has enabled us to make as a business, not to mention the streamlining of our fleet services, has led us to seriously consider how we can further integrate Trakm8’s telematics technology into our operations, ultimately, enabling us to deliver even better service levels to our customers.”

Trakm8 went above and beyond the basic route planning systems we had previously used; the intuitive technology provision analyses the entirety of deliveries our large fleet has to make in any given day. 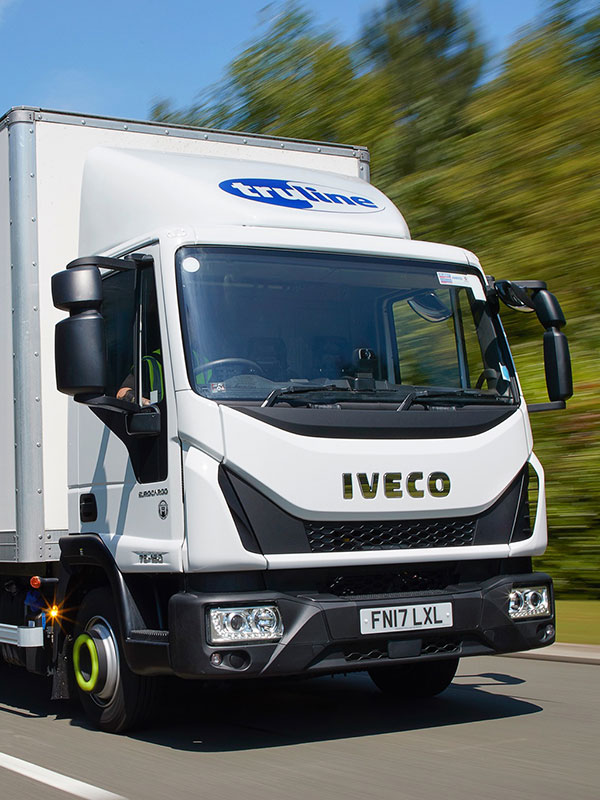