Trakm8, has played a significant role in a landmark EU study into smart grid technologies.

Smart grids are energy networks that automatically monitor energy flows and adjust to changes in energy supply and demand accordingly. When coupled with smart metering systems, smart grids provide suppliers and consumers with in-depth insight into their real time energy consumption. The roll-out of smart grid technology will be essential for the modernisation of Europe’s energy systems and will play a key role in helping the continent meet its carbon reduction targets.

For the SMILE project, Trakm8’s smart charging algorithms for electric vehicles were demonstrated on Orkney (via six resident’s private use vehicles), Madeira (via a fleet of electric tourist tuk-tuks) and Samsø (via tourist leisure boats). Throughout the duration of the pilot scheme, Trakm8’s algorithms consistently and accurately forecast charging demand for electric vehicles, alongside enabling charging priority based on the state of a vehicle’s battery charge and an optimised charging schedule.

Sarah Bee, who led Trakm8’s involvement in the project, said: “The EU Horizon 2020 funded SMILE project provides us with vital insight into the viability of smart grid technologies. The results of Trakm8’s trials, on Orkney, Madeira and Samsø, demonstrate the role our technology could play in enabling smart charging functionality and the roll-out of electric vehicles across Europe.

“Involvement in the project has also enabled Trakm8 to further develop its smart charging capabilities for electric fleets; a key step forward given the growth of fleet vehicles operating in and around Ultra-Low Emission Zones in force in major urban areas including London, Birmingham and Manchester.

“Funding from the EU’s Horizon Europe programme was absolutely invaluable in bringing such a large-scale trial to fruition and demonstrates how important such initiatives are in helping the continent transition to a carbon neutral future.”

“As a result of the 4.5-year SMILE (SMart IsLand Energy system) demonstration project, funded by the EU’s Horizon 2020 project, Community Energy Scotland and Trakm8 collaborated to further support the rollout of electric vehicles on Orkney, and demonstrate the real-world potential of integrating both EVs and smart chargers to a local power grid.

“Many challenges were overcome, and many replicable lessons were learnt.  The data rich solution delivered by Trakm8 provided valuable real world instantaneous information on the operation of the equipment, as well as the interaction between the homeowner, EV, smart charger, and the power grid.

CES are already seeing the realised potential and learnings from the demonstration of Trakm8’s solution within the SMILE project being replicated in other projects to see EV rollout accelerate in an educated and just fashion.”

For more information on the SMILE project, please visit: https://www.h2020smile.eu 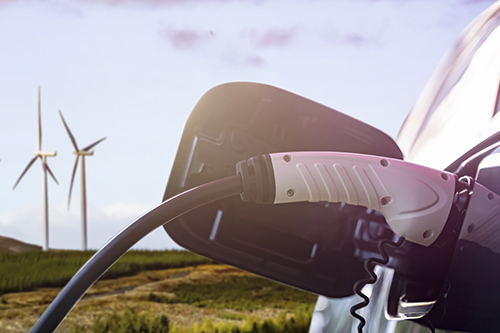